In case you didn’t know, Mikki Kendall is not to be trifled with.

Kendall (@Karnythia on twitter), on August 12, began naming and shaming the mainstream feminist movement and the white, straight, cis, middle-class women who set its priorities with the hashtag #SolidarityIsForWhiteWomen.  She began her effort in response to a specific oversight: white mainstream feminist publications enabled the abuse of several writers, mostly women of color, by “white male feminist” Hugo Schwyzer, whom Imani memorably excoriated on TWiB last week.  Schwyzer remained a darling among many influential white feminists, even as these women of color described harrowing accounts of Schwyzer stalking, targeting, and discrediting them while stealing their work (please see the twitter feeds of @Blackamazon, @Graceishuman, @redlightvoices, and @sincitygrrl to begin reading their experiences; they also link to other writers similarly affected.  Trudy at Gradient Lair has also written about these issues).

Although white feminists’ apologism for Schwyzer’s abuse was her specific impetus, Kendall is adamant that it illustrates larger problems within feminism that are centuries old.  Others clearly agree: within hours of starting the conversation, the hashtag began trending worldwide, with countless tweets weighing in on how overwhelmingly white, straight gatekeepers fail to recognize the advocacy of women of color, gay/bi women, and trans*people as “real” feminism.  Kendall’s work has continued alongside the hashtag’s progress, as she smacks down trolls, calls publications out for stealing the work of writers of color, schools clueless white ladies with hurt feelings, and generally disabuses privileged people of the notion that they’re doing “inclusivity” right.  Other writers have begun similar conversations, notably Jamilah Lemieux (@JamilaLemieux), who started #BlackPowerIsForBlackMen to address misogyny within the Black community.

Awesome conversations continue at #SolidarityIsForWhiteWomen: go check it out! 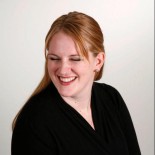 View all contributions by Rad-Femme Lawyer